Vanish actress Anne Heche, 53, was taken to the hospital after she crashed into an apartment building and then a residential home in Los Angeles on Aug. 5, per TMZ. Witnesses told TMZ that bystanders tried getting her out of the car after the first collision, but she speedily drove away. “The vehicle was heading east on Preston Way at a high rate of speed, entered the T intersection at Preston Way and Walgrove Ave, ran off the road, and collided with the residence in the 1700 block of Walgrove,” a Los Angeles Police Department spokesperson confirmed to Deadline regarding the second crash. Anne’s car then caught fire and caused the house to be “engulfed” in flames.

The fire department and paramedics were called to the scene, where Anne was taken away on a stretcher to a nearby hospital. “Fifty-nine Firefighters took 65 minutes to access, confine and fully extinguish the stubborn flames within the heavily damaged structure,” Brian Humphrey, from the Los Angeles Fire Department, told Deadline. Anne is believed to have suffered from burns, but the extent of the burns is not yet known, according to TMZ.

Anne is thought to have been under the influence of alcohol at the time of her crash, as “a bottle with a red cap” was seen within reaching distance next to her gear shift. Anne, who is known for a string of films in the late ’90s such as Six Days Seven Nights, Volcano, and Donnie Brasco, as well as her highly publicized romance with Ellen DeGeneres, has spoken about her struggles with substance abuse before. “I drank. I smoked. I did drugs. I had sex with people,” the Emmy-nominated actress told ABC News in 2020 when recalling the sexual abuse against her by her father as a child. “I did anything I could to get the shame out of my life.”

She has also faced financial troubles in recent years. In 2009, she went through a costly divorce from her ex-husband Coleman Laffoon, which resulted in her having to pay the cameraman $500,000 and $3,700 a month in child support for their one son, Atlas (although her originally amount was $15,000 per month), per the Daily Mail. In 2016, she asked a court to lower her child support because she could no longer afford the payments.

Although she slowed down a bit after becoming a mother, Anne has seemingly been quite busy on the professional front as of late. At the time of this writing, she has seven projects in various stages of completion, per IMDb. She also had a satirical short film, Hardboiled, come out in 2022.

HollywoodLife reached out to Anne’s representatives and the LAPD but did not receive an immediate response.

Share on FacebookShare on TwitterShare on PinterestShare on LinkedIn
HumorcityAugust 5, 2022 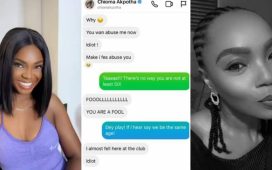 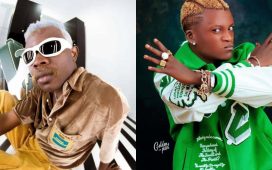 I was bullied for being ‘ugly’ while growing up – Beverly Naya